By Rob JonesFundraising
No Comments 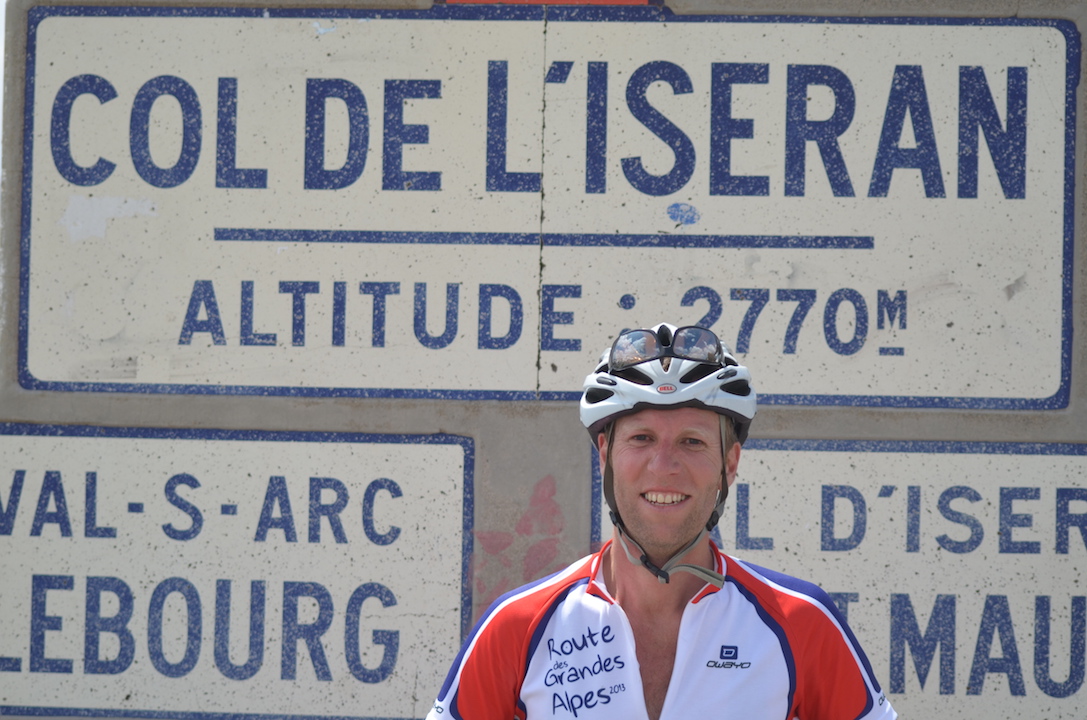 …and I’m doing multiple runs between our slightly ropey hotel in an industrial area on the outskirts of Thonon and Geneva Airport. It’s to pick up various riders coming from England, Scotland and even California, as well as my parents (Chris & Chris), who are here to provide support. This is the first part of the plan and it’s not going well, stuck in traffic all the way, finally getting the last riders to the hotel just before dinner.

As convenient as the hotel was for DIY stores and sofa shops, it wasn’t quite the glamorous lakeside palace I had in mind. Nonetheless, after a melée of bike building and, worryingly, a couple of lagers, the spirit at dinner was good underwritten by a definite air of nervousness. And perhaps smell.

Quickly onto the following morning, semi-punctual breakfast, buttock lubrication and immense amount of faffing, we hit the road for a short ride to Thonon itself and Kilometre 0 in front the Hotel de Ville. Cue also the first of many needlessly long photoshoots, but it had to be done.

Hitting the road, we soon developed into a reasonably well organised peleton and a decent (too decent) pace on the long but gradual climb up to Morzine. I’d mentioned to some before the ride that we may well see lots of Ferraris, Lambourghinis and fancy motorbikes along the route and I was very right, partly. Not a single flash motor, but 100s of groups of motorbikes whining past us, killing the mountain peace we’d hoped for.

Heading up to the first food stop, we had out first mechanical problems. A chain replaced (by at least a dozen helpers), but also a tyre and tube for Steph. Now, Steph is extremely fit, weighing roughly the same as my left leg and she was kindly paced back to the pack by (former Iron Man) Andy Egg and (Mountain Guide) Guy. Something they’d regret later.

Regrouping, we made the last of the climb up to Morzine and on to our first proper stop. This being the stunning Alps, a first time for many, we chose the car park at Lidl in Cluses to fuel up and prepare for the big climb of the day. We were met by friends and family from Chamonix, armed with coffee, cakes and treats, a welcome sight indeed.

Col de la Colombière is well known to those of us who live in Chamonix and to fans of the Tour de France. On paper, it doesn’t look so bad – 16.3km at an average gradient of 6.8% – but a reasonably flat section in the middle skews the statistics and hides the hideousness of the last few kilometres. It’s here that experience counted, made all the more important by a heart condition I’d developed the year before, meaning I had to keep things under control at all times. Something that didn’t apply to some of my fellow riders.

As you emerge from the forest and the last of the hairpins, you get sight of the Col itself and it looks no distance at all. It’s actually a lot further than you think and the gradient ramps up all the way there, made worse by lack of shade on what was a very hot day. At this point, I saw the first of the casualties, Guy, lying under one of the last trees looking a little “tired”. In the distance, I could also see somebody walking with their bike. As I continued at my controlled (well, slow) pace, I began to pass others by the roadside and the concern started to build. I drew level with the walker (another former Iron Man, Alex) and encouraged him to get back on his bike and ride the last km or so with me. However, with a smile of sorts, Alex told me that the cramp was so bad, he couldn’t get back into his clips without lapsing into agony. So I carried on.

The temperature was now really building, as it often does on the last drag, amplified by the heated rock right by the roadside. It’s like riding next to an open oven door, making your skin want to burst.

Finally, I crossed the line at the top to a welcome cheer from the support and many of the friends and family who’d come across from Chamonix. Eyes then turned to the scene of carnage, bodies strewn everywhere. Dom, the semi-pro cyclist, lying upside down on the slopes to get over the “neck to ankle” cramp (to be fair, he’s more Chris Hoy than Bradley Wiggins). Andy Egg, one of the strongest cyclists I know, in bits. Much grief all round.

Some had been there for some time and it was more than a while until the last of the riders made it up the climb. Last in was Moray, struggling with the gearing on his (new) bike which wasn’t right for the task.

For me, the overwhelming sense was “oh no, we’ve bitten off somewhat more than we can chew”. A general sense of panic, really. This was Day 1, at our freshest. Only one major climb and a lot of the team were done in.

Nonetheless, one rapid descent later, we arrived at our stop for the night, St-Jean-de-Sixt and a nice hotel used to accommodating cyclists. A trip for some of us to the nearest river to “ice-bath” the thighs, shrinking the muscles (amongst other things, that glacial water really is very cold) and in for dinner.

I’d drawn the short straw and had got a second night with Julian, who snores like a hammer drill, competing nicely with the passing traffic on our side of the hotel. Plenty of time, lying awake, thinking of the challenge ahead and wondering how many of us would actually make it.

Little was I to know that, 700 kms and nearly 20,000 metres of ascent later, each and every one of the 25 riders would have made it to the top of every climb and to Nice. A very proud moment for all of us and one of the fondest memories of my life. 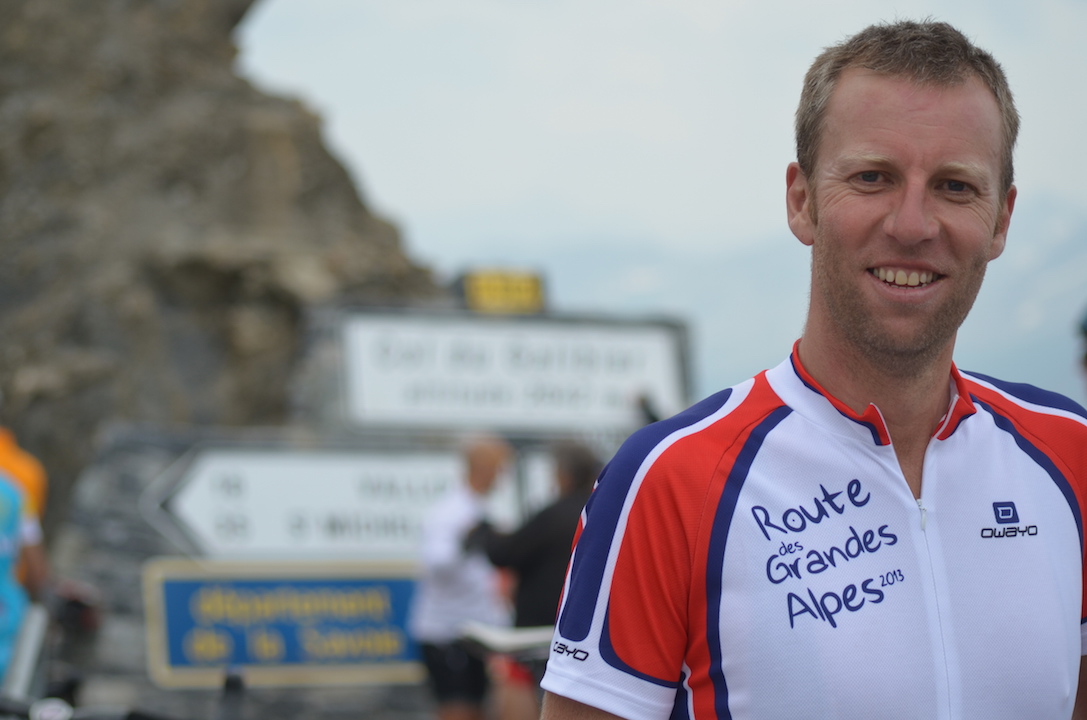 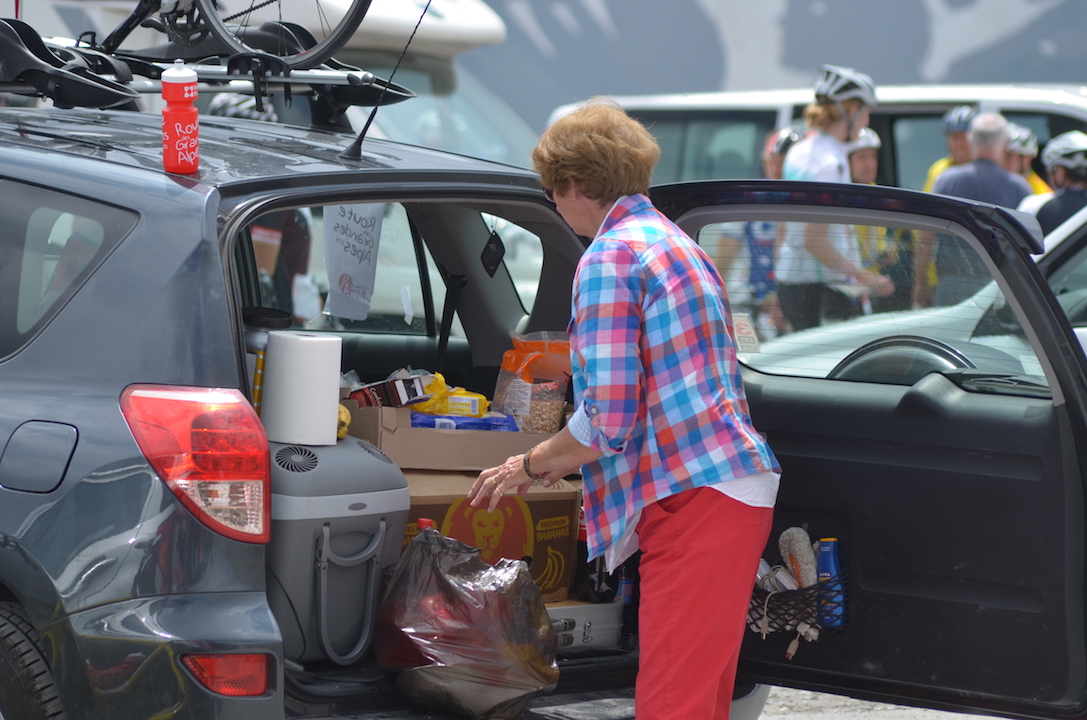 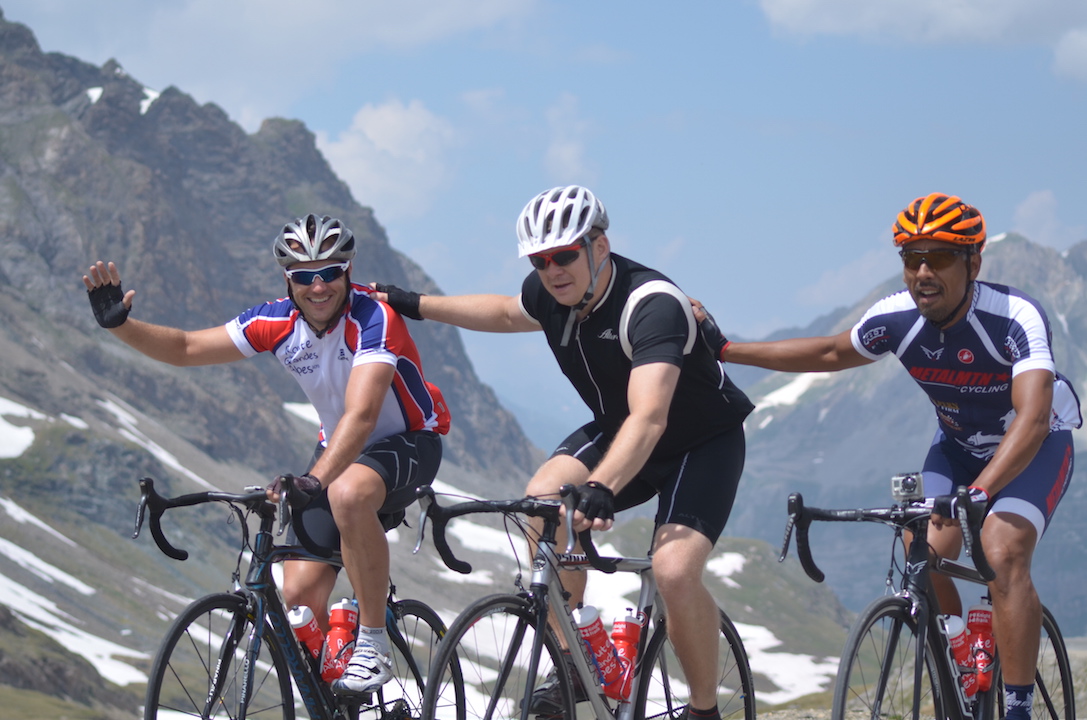 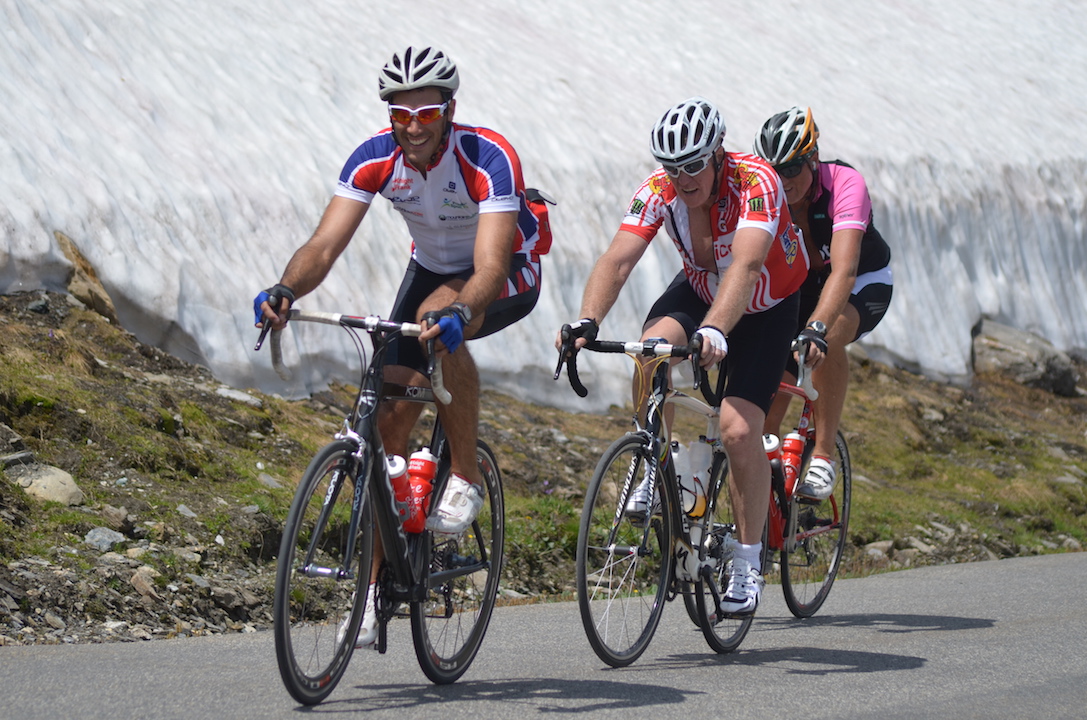 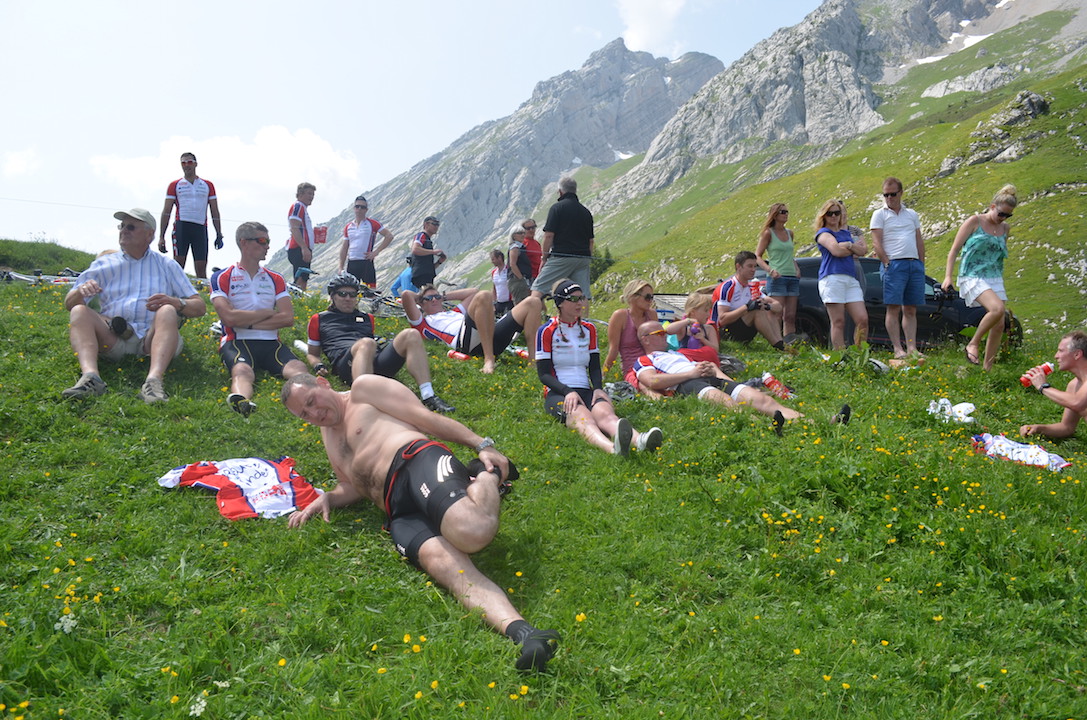 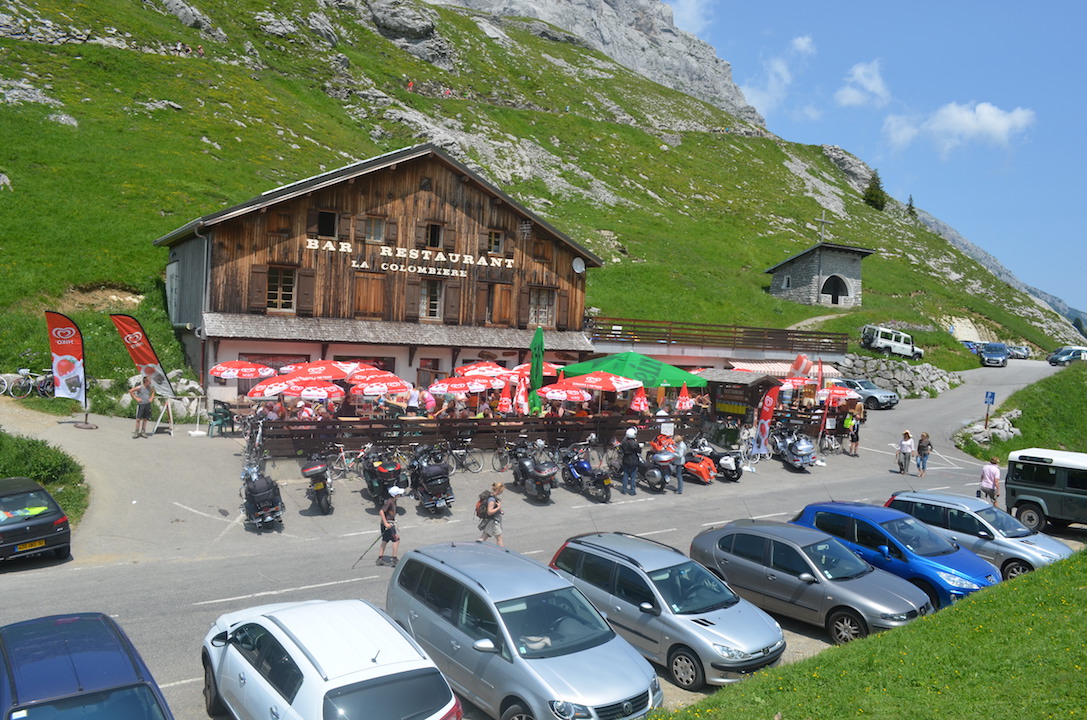 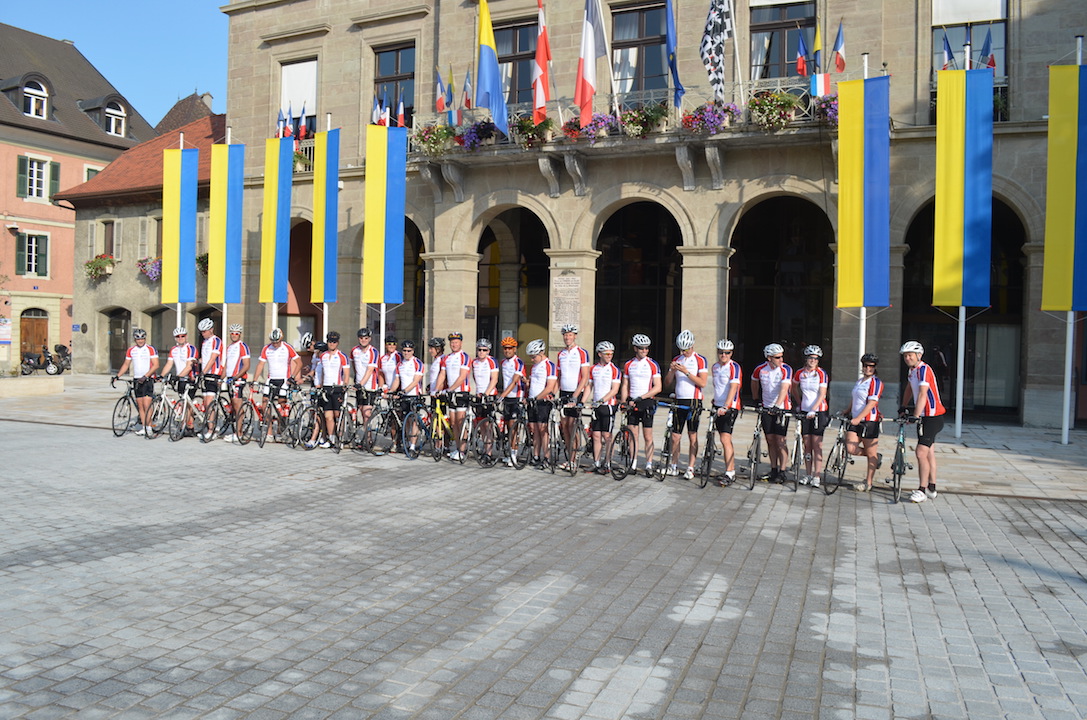